It has been a little quiet around us over the past few months. But we want to remain true to our credo and only speak when we have something to say – the digital ether is too full with irrelevant information. So as we continue to quietly work on our technology to process plastic into energy, we have simultaneously devoted ourselves to another problem – and solved it. Every day, the world consumes 80 million barrels of crude oil – and the trend is rising. But the production of plastics, fuel or consumer goods and the operation of combustion engines for transport, energy and industry leaves behind an invisible and hardly noticed trace: waste oils. While more or less clear and controlled guidelines for the disposal of these hazardous substances exist in industrial nations such as Germany, they represent an unsolved problem in by far the largest parts of the world and up to 95% of them are simply disposed of in sewers, forests, water or deserts – a giant environmental problem that has received little attention! 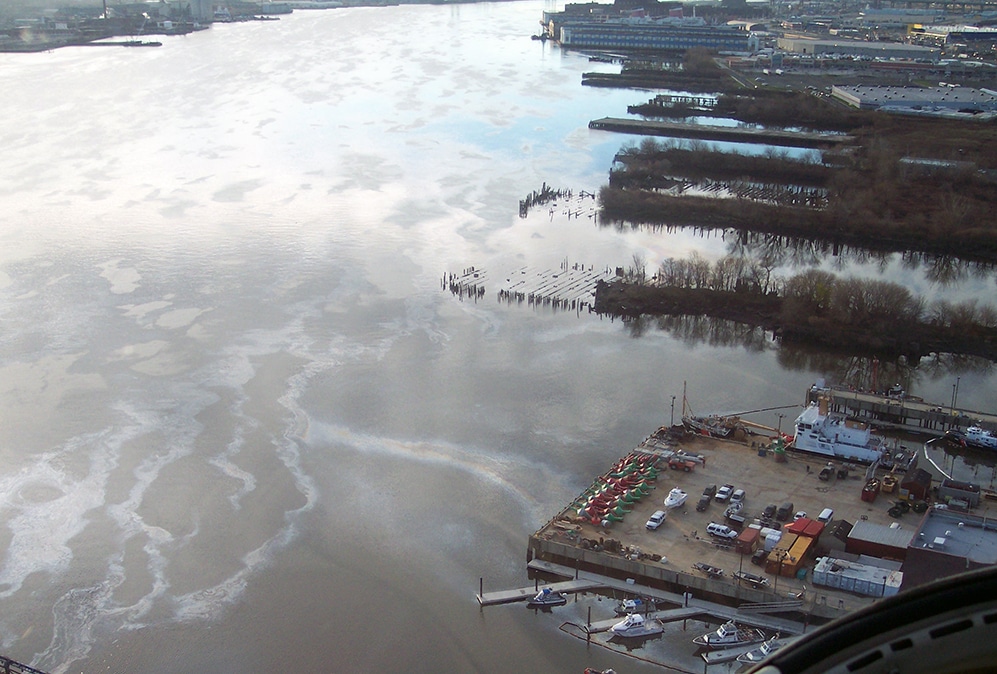 Worldwide, an estimated 25 million tons of waste oil are produced every year. This corresponds to a chain of one million articulated lorries lined up in a row with a length of 23,000 kilometres – a distance longer than from the North Pole to the South Pole. At the same time, the American Petroleum Institute puts the amount of water contaminated by a single litre of waste oil at one million litres. If we were to assume that two thirds of the waste oil produced worldwide would be properly disposed of or at least used and that only one third would enter the water cycle – a more than optimistic estimate – around eight billion tonnes of water would still be permanently contaminated each year. This corresponds to The amount of water that the world’s population consumes each year in drinking water! In addition, the energy of these 25 million tonnes of waste oil would be sufficient to supply the 85 weakest countries in the world with energy permanently, stably and cheaply (source: CIA Factbook 2017, link to country overview). Countries in which energy is often either not available at all or only uncertainly available. With the known effects on industry and thus the prosperity of the population. In the Philippines alone, according to a study by the Department of Energy, 95% of the 240 million litres of waste oil produced each year are burned or buried and end up in rivers, groundwater and oceans. They promote the greenhouse effect, destroy entire ecosystems, enter food via livestock and fish and form the basis for a whole arsenal of diseases. The example of the Philippines can be applied to almost every developing and emerging country. This reveals the dimensions of the problem we are talking about and it is astonishing that this topic is not more clearly explained to the public. We ourselves witnessed fishermen in the Orinoco Delta, one of the last natural rainforest areas in Venezuela, draining the motor oil from their boats in the river while their wives were washing their clothes ten meters downstream and their children were bathing in the river. This example shows that we are facing not only a technical problem, but above all a lot of educational work. Let’s do this.

Based on our core process for processing plastic into fuel, we have therefore developed a plant in the last twelve months that purifies waste oils using a completely new process. This produces clean fuels and thus energy. The in the waste oil usually account for no more than 20% of the waste oil brought in and can be disposed of conventionally. Thanks to its low price and compact design, the units can be operated at any location – whether village, waste disposal company or ocean-going vessel.

A single unit can process up to 1,000 litres of waste oil a day and thus supply enough energy to reliably supply up to 200 households with energy 24 hours a day. One litre of waste oil is turned into around 0.8 litres of reusable fuel. In combination with the optionally available and specially developed generators, these plants could provide entire regions with stable energy in the future and thus convert a problem into a solution. Potential customers such as airlines, ports, municipalities or waste disposal companies benefit from several advantages over large refineries: For the first time, a comprehensive system for the holistic and sustainable treatment of waste oils of all origins from one source exists. Inexpensive, highly automated, easy to operate and immediately ready for use. [sciba leftsrc=”https://biofabrik.com/wp-content/uploads/2018/04/WASTX-Flash-verkleidet.png” leftlabel=””” rightsrc=”https://biofabrik.com/wp-content/uploads/2018/04/WASTX-Flash-verkleidet.png” rightlabel=””” mode=”horizontal” width=”””]

Let’s get on with it

Already within the first weeks after the internal publication of the project we received requests from all parts of the world. From Ethiopia via China, Saudi Arabia, the USA, Australia and Indonesia to Serbia, Qatar and yes, Germany. Our task now is to establish a stable serial production including an efficient support and to ensure that the resource waste oil is perceived as a raw material like plastic waste instead of a problem. Only in this way is it possible to reconcile ecological and economic needs. But what is at least as important is that we need to sensitise societies to this hitherto unresolved problem, all together. As long as nobody knows the extent of the problem, nobody will start with the solution. To this end, we will draw attention to the topic at congresses and conferences around the world and need your help: Share the message to generate attention. This has worked for CFCs, it will work for climate change and it could work for waste oil and Plastic waste function. Be there!