Amino acids from pasture grass: How Amineon is revolutionizing the food industry

With the world’s first amino acids from willow grass, we are developing a completely new raw material for the food industry. Since our health is significantly influenced by what we eat every day, we want to make a contribution to the sustainable and healthy nutrition of the world population.

Worldwide nutrient deficiency due to under- and malnutrition

Because our health is largely based on what we eat every day. Our needs have hardly changed for many centuries. But instead of fast food and sweets, our ancestors had natural, nutritious foods at their disposal, which our bodies still demand today.

In recent years, an increasing trend has therefore developed back to natural food and dietary supplements. Urban farming, home-grown fruit and vegetables and an increasing number of organic shops and farms worldwide send a clear message – people want to eat healthily again and prevent nutrition-related diseases of civilization such as diabetes.

Amino acids – The superstars among foods

Amino acids are the basic building blocks of all life and a regular, sufficient supply plays an important role. central role for our health. Chronic nutrient deficiency is correlated with numerous diseases of civilization, including hypertension, depression and cancer.

A lack of supply with branched-chain amino acids (BCAAs), for example, is associated with the development of diabetes mellitus – a metabolic disease that already affected 8.9% of the German population in 2007 and which is predicted to increase sharply.

In addition, amino acids play an important role for our immune system, influence muscle building and regeneration, hair growth, the structure of our skin fingernails, regulate our level of performance and alertness and much more.

If we would always eat as our ancestors did, i.e. mainly vegetables, fish, little or no meat and exclusively organically grown fruit, we would be able to take in enough healthy amino acids through our daily diet. But in our modern world, unfortunately, very few of us do. This is where dietary supplements come in.

There are thousands of suppliers on the market for dietary supplements. They provide athletes, nutritionists and medical users with an almost infinite selection of amino acid preparations in the form of capsules, powders, shakes, bars and drinks. The origin of the amino acids often remains unclear.

Anyone who reads it will find out that most of the raw materials come from unknown sources in Asia and China. If you continue your research, you will soon discover that not a few manufacturers have found animal remains, goose feathers or even human hair. all sources that usually contradict the users’ desire for a healthy diet without their knowledge.

With amino acids and proteins from corn kernels, peas or sugar cane, soya, natural, vegan sources have already been tapped – but they are also partly controversial and partly have only low amino acid contents.

Since grass is one of the healthiest and richest sources of amino acids, it was only logical for us to start developing a technology several years ago that could automatically extract the amino acids from the raw material obtained in our biorefineries.

Although the human stomach cannot digest meadow grass in the large quantities that would be necessary for a sufficient supply of plant amino acids, the situation is different with amino acids that have already been extracted and processed. This type of vegetable amino acids are immediately available to the body and do not have to be metabolized by the liver.

A part of the amino acid spectrum extracted from pasture grass is particularly interesting for athletes. These so-called BCAAs (Branched-Chain Amino Acids) are available in the form of vegan protein powders, bars and drinks. Another part contains a particularly high proportion of vegetable GABAs, which has a calming effect and can be processed into a healthy, pure vegetable sleeping drink, for example.

Commissioning of the first refinery for amino acids from pasture grass

After more than 7 years of development and an investment volume of several million Euros, we have put the worldwide unique plant into operation this week – and with it a technology that will supply several million people with healthy dietary supplements made from willow grass and prevent diet-related diseases.

Under the Amineon brand, we now offer manufacturers of dietary supplements a completely new raw material that is unique worldwide due to its production from renewable raw materials, its 100% transparent origin and high content of vegetable amino acids and minerals. We look forward to keeping you up to date with the developments in this interesting product line.

Sign up for our newsletter and follow us on Facebook to accompany these revolutionary products on their way to the world market and be the first to know when the first powders, bars and drinks with Amineon are available. 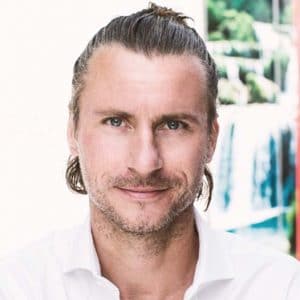