Biofabrik and Enespa AG announce to build the biggest location for plastic recycling on the planet – made out of modular pyrolysis plants. The first WASTX Plastic unit will begin its operation in the spring and in the course of the next few years the location will gradually be scaled to reach a capacity of several hundred tons per day. And thanks to stocks and bonds issued by Enespa, everybody can participate.

‘Everyone knows about the plastic crisis – it’s a general issue of all human beings. The thing is, when you have it out of your sight, you forget about it and just don’t care anymore – this is the biggest problem. But it’s still out there. We have to learn how to handle the plastic waste correctly!’ – shares with me Cyrill Hugi, the owner and CEO of the Swiss-based company Enespa. Surprisingly, even in a country like Switzerland plastic recycling is still startlingly low – with incineration rates as high as 80 %.

If there is something positive, most importantly the fact that more and more people are becoming aware of the plastic pollution and demanding action from governments and local authorities. But there is still quite a lot to be done: ‘The plastic waste awareness depends on country to country, every region of the world is different. For example, a country like Germany is pretty advanced when it comes to recycling, but we cannot say the same for every country in the world. Every region of the world has its problems and specifics but the process has to be pushed equally everywhere’.

‘There is a beginning of a rethinking regarding plastic recycling – people say okay technically it is possible, economically is possible. We have to school everyone that we have to collect the stuff in some way’. Nevertheless, wanting to recycle is only one part of the coin – it also has to be done correctly. Conventional garbage incineration may seem one of the easiest ways to tackle plastic, but it’s one of the most environmentally-harmful ones respectively:

‘If you burn 1 kg of plastic, in the end, you have 3 kg of CO2. Carbon dioxide is not visible, you cannot see it – it goes out from your burning process, but the effect on the whole planet is enormous.’ Educating the general public about plastic pollution and what it causes to our environment is also a huge part of speeding up the recycling process, according to Cyrill: ‘And also, to set up a lot of Biofabrik machines, of course’. 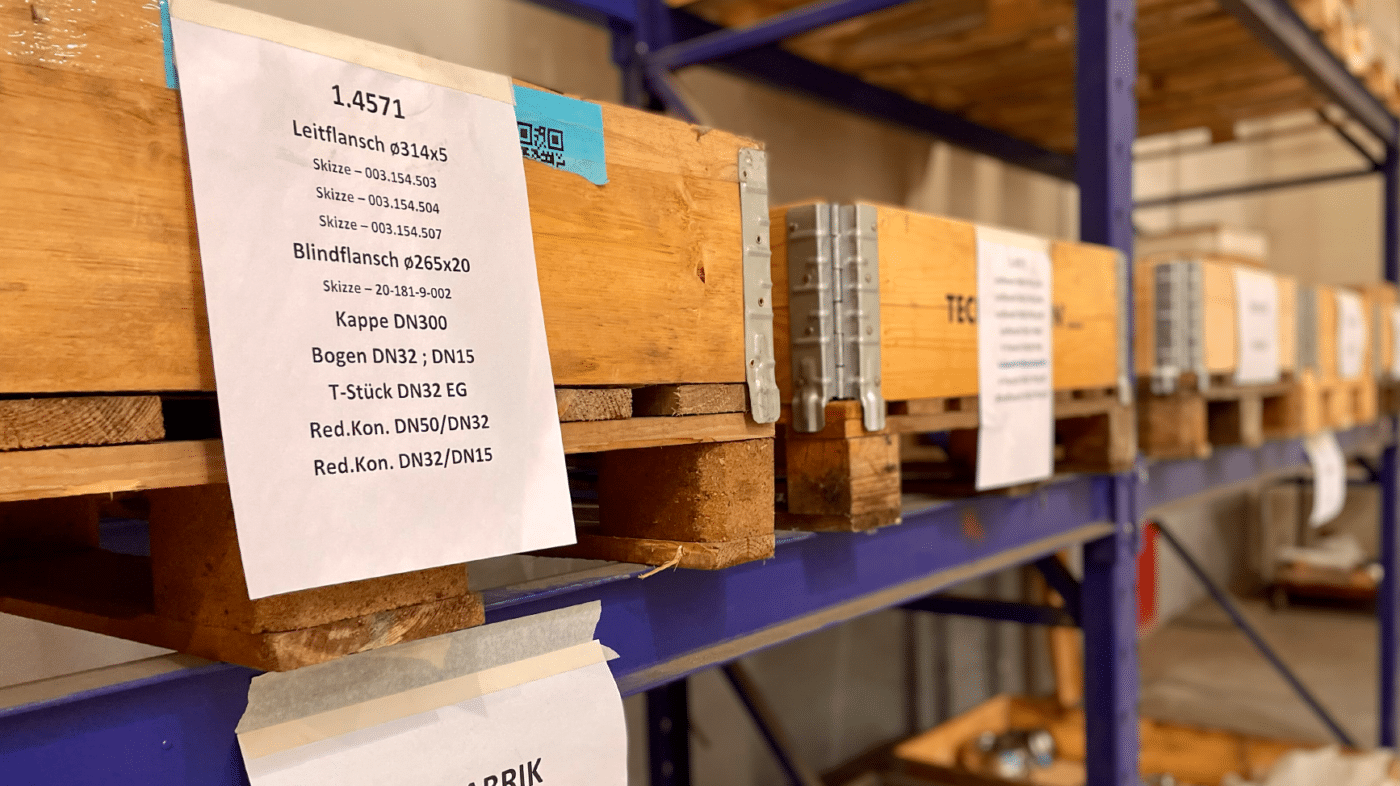 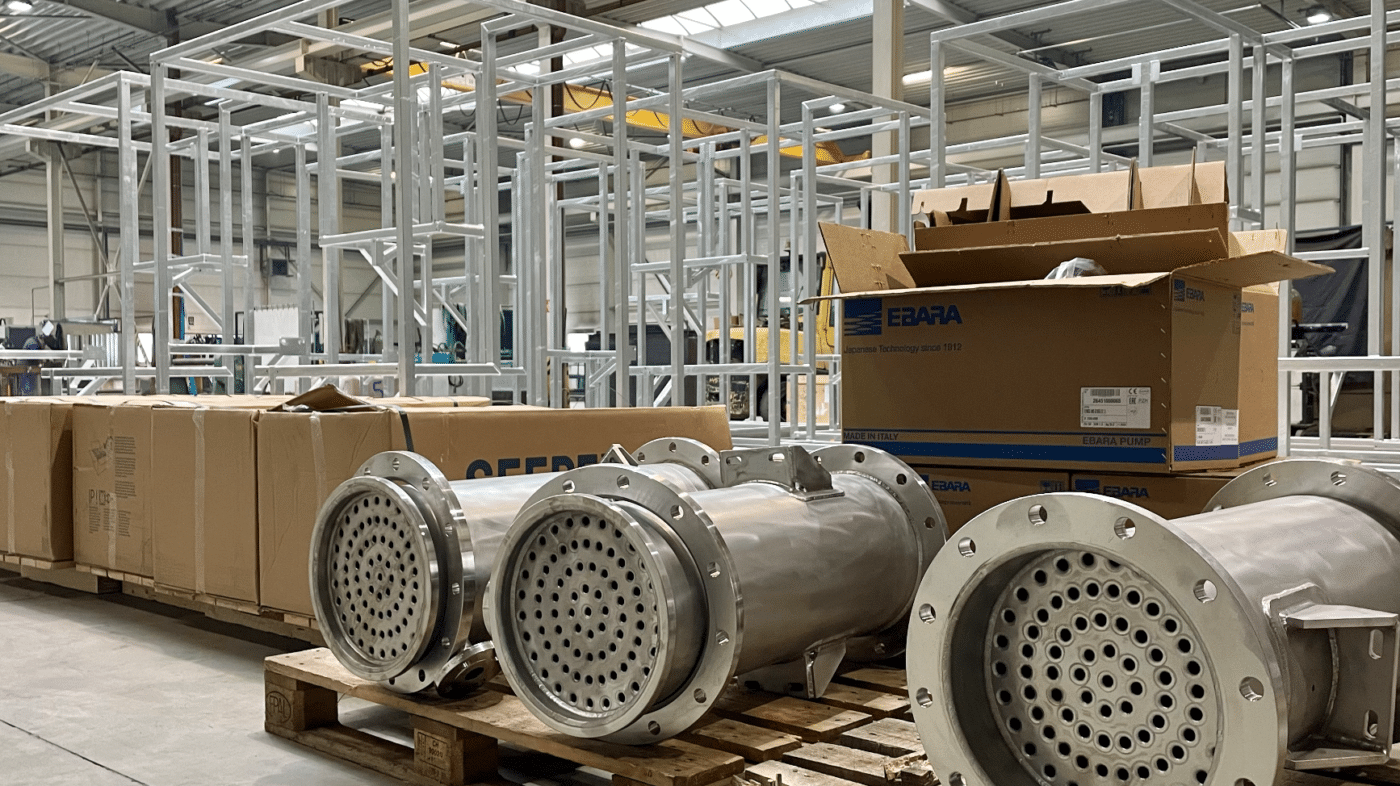 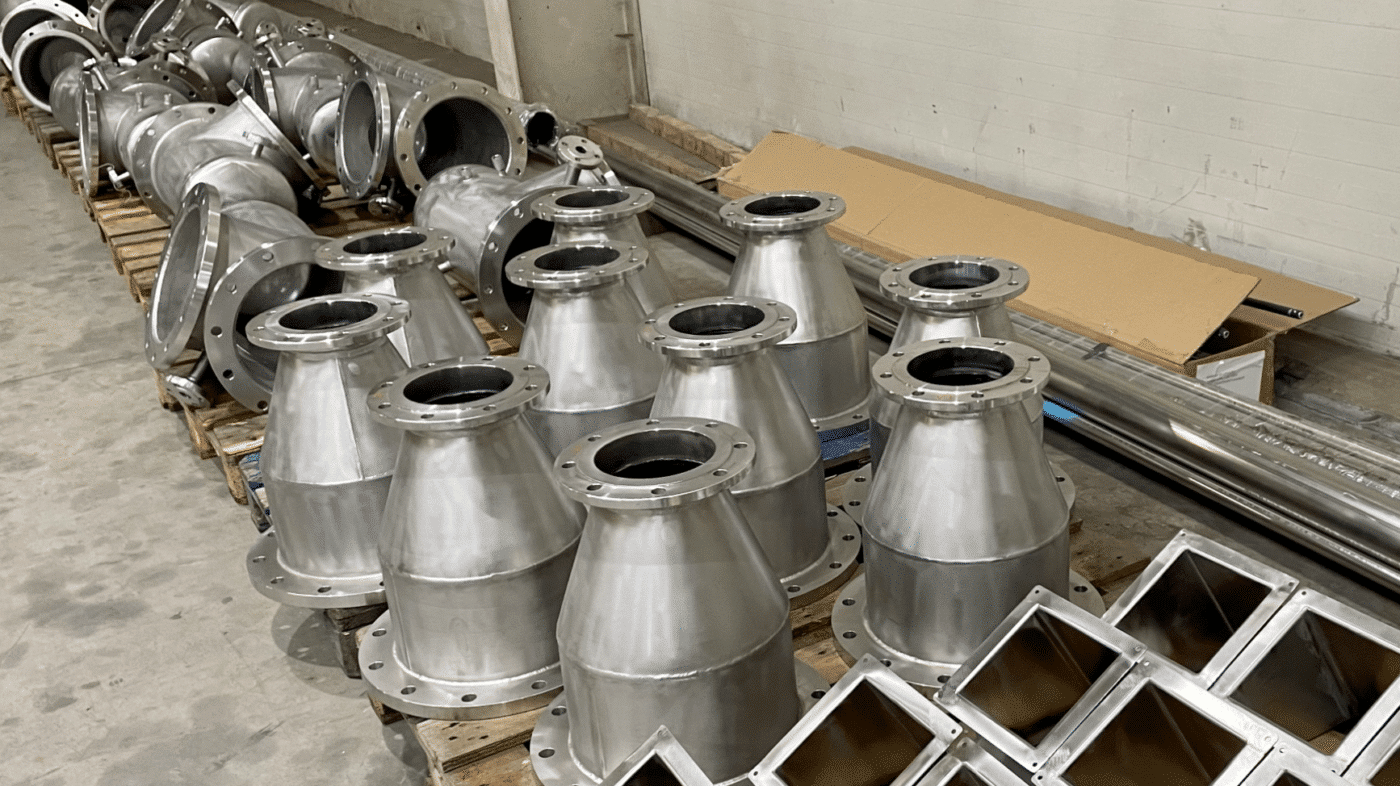 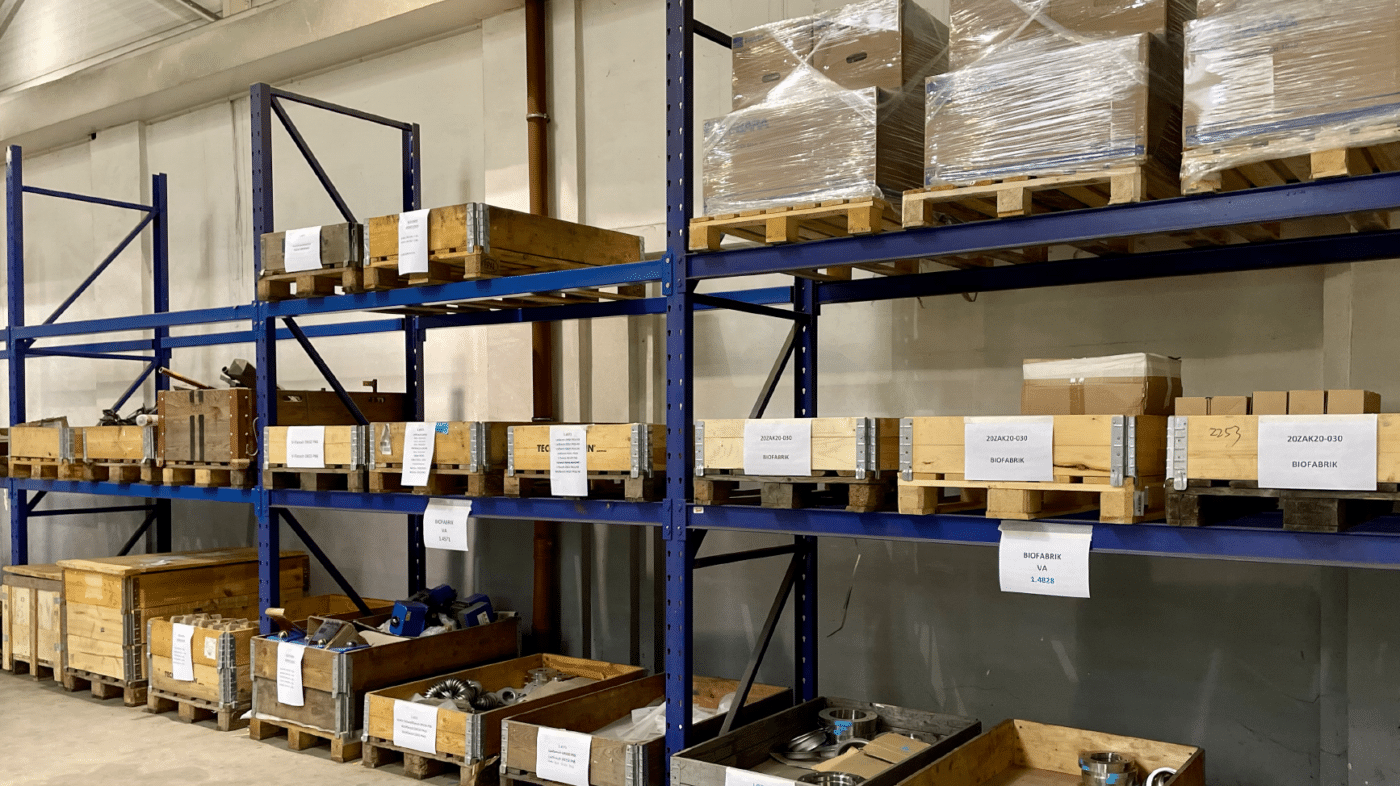 Images: A look into the production of the WASTX Plastic

It’s been more than 10 years since our teams have been working together, in Switzerland, Germany and internationally: ‘With Biofabrik we are stronger. Doing the first modular plastic recycling factory is just one of the many steps we have planned for the future’. Currently, the teams of Biofabrik and Enespa are on the way to build a plastic recycling factory in Germany capable to process several hundred tons of plastic waste per day – Biofabrik as a technology provider and ENESPA as financier and operator.

Our WASTX Plastic is a modular plastic-recycling unit. Thanks to its unique design and technical features, it is easily scalable, which provides the opportunity to recycle as much plastic waste as the location requires, starting from 1, 000 kg daily (one P 1000 unit). Collaborating on this project with Enespa is proof that big recycling sites can still be built around the world, even with modular-based plants. Our decentralized model brings the solution for plastic pollution directly to the place where plastic waste is collected.

Building the biggest plastic recycling factory –
out of many small modules

‘At the moment we are at the test phase of the first P 1000 module of the WASTX Plastic, which processes up to 1,000 kg of plastic daily. After this is completed, we are going to gradually scale it up and build a factory near Dresden that recycles several hundred tons of plastic per day. This is something which no one has done before.’ Even though the COVID-19 crisis has made it a lot more complicated to commission the project, it is going to begin taking place in late March this year.

Asked what is the thing that makes the project unique in Europe, and even the world, Cyrill is quite adamant: It will be a proof that even if you want to build a large-scale plastic-recycling facility, it’s better to use modular technology – which is not only scalable but makes the system immune to failures. Like in a server cabinet, if one module stops working, the other ones will continue operation. ‘On top of that, it’s also an educational project – we bring attention to the issue of plastic pollution and present a solution for it.’

Want to help free the world from plastic waste?
Here’s your chance to invest.

In the past months and years, we received a lot of inquiries – both from small, mid, and large-scale investors – if it is possible to invest in our technologies. With a few exceptions, we usually had to deny. But thanks to the stock and bonds issued by our experienced partner Enespa it’s now possible for the first time for everybody to invest and get a lucrative return by helping save the world from plastic pollution. Because together we can make an even bigger impact.

At Biofabrik we are convinced that our solutions will spread faster, if they are not only ecologically, but also economically attractive. Money previously invested in classic industries like Oil and Gas will shift more and more to investment alternatives that contribute to keeping our environment clean. With this, we not only stop negative spirals but also start positive ones. Because if nothing changes, by 2050  there could be more plastic than fish in our oceans – or significantly less, if we disrupt and reverse the trend:

Video: The pilot series of WASTX Plastic, meanwhile in operation in the UK

No matter if small, mid or large amounts, if you wish to participate as a future investor in our project with Enespa just contact us via our live chat or write to us an E-mail to info@biofabrik.com! Let’s make a difference together!

Hi! I'm Denny - a recently graduated journalism student with a huge passion for writing & content creation. As a part of the Biofabrik team, I'm responsible for Biofabrik's blog, social channels and press area!