Vitamin B12: a Deficiency and the Right Amount is Not Just Meaningful to Vegans Anymore 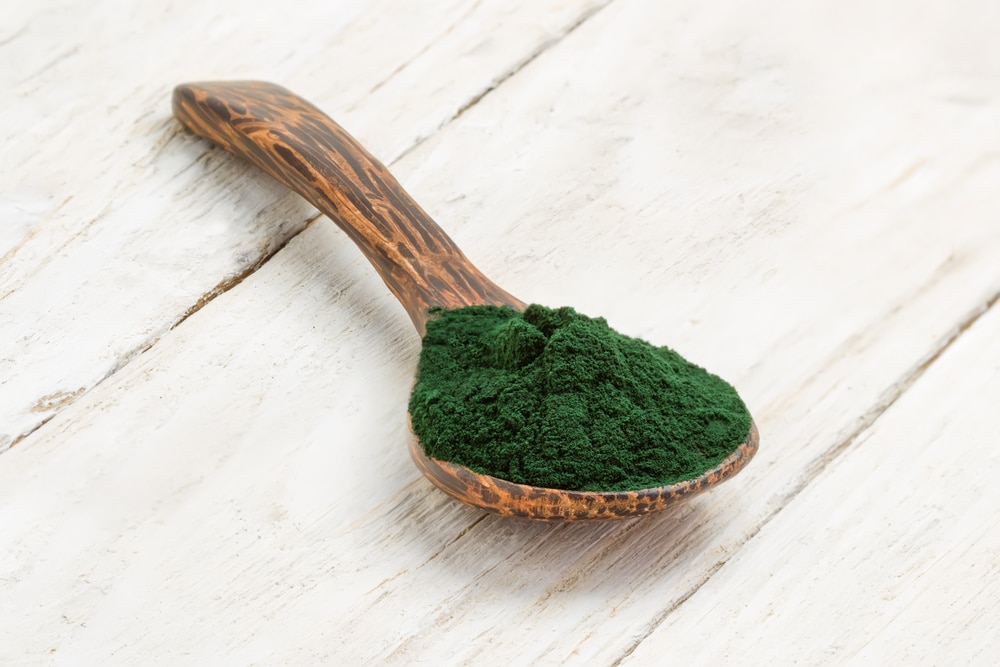 It is no secret that vitamins are healthy and essential to build a strong immune system. The human body needs to be cared for all year round, during all seasons. However, especially in the winter months, this is often easier said than done. A lack of outdoor sports activities, a restless state of mind due to exhautive situations or stress (as an employee or student) can push us to certain limits, which adversely affects the time we have to prepare meals daily.

But even in spring and summer, some often complain about sluggishness, exhaustion and the feeling of being drained. This problem cannot be ignored as a Vitamin B12 deficiency could be the underlying cause. A vitamin-complex deficiency that goes unnoticed can lead to severe impairment (long term) and must be diagnosed/avoided/treated at all costs.

An all-rounder and crucial for the nervous system

Vitamin B12 is the largest and most complex of all vitamins and is required by all cells in the body. It has a substantial positive influence on mental and physical health. In addition to improvements of our general well-being (i.e., by fighting tiredness and increasing focus), many other successes of Vitamin B12 can be searched inside the human body, where it acts as an essential all-rounder. Therefore, a deficiency must be avoided at all costs. The need should be met beforehand in order for the body to always have sufficient amounts of the vitamin-complex available.

Vitamin B12 is, for example, plays an essential part in the formation of red blood cells and the DNA synthesis. Also, it has a positive effect on the energy production since it helps to incorporate amino- and fatty acids in the citric acid cycle (better known as the Krebs cycle) that occurs in the mitochondria. This cycle generates ATP, which is one of the most important universal energy sources for humans.

In addition, Vitamin B12 provides for a healthy cell division and promotes longevity. Therefore, in the case of a Vitamin B12 deficiency, the amount of cells our body produces will decrease, possibly leading to a disruption of the blood circulation. There is a risk of anemia and diseases alike, which manifest themselves primarily through the feeling of exhaustion and weakness.

Vitamin B12 also plays a crucial role in our nervous system; it is one of the most important vitamins for the human psyche. It helps to develop and regenerate the so-called myelin sheets that form the outer cover of the nerves. Both the nerves in the spinal cord and the small nerve fibers of the nervous system therefore depend on this nutrient. This way, Vitamin B12 influences and maintains our mood, perception and cognitive performance. In the case of a deficiency, various psychological symptoms can be possible (e.g., dementia, memory loss and severe depression).

How much Vitamin B12 can the body absorb?

Because the need for Vitamin B12 varies between individuals, a universal amount cannot be calculated or determined. In general, the DGE (Deutsche Gesellschaft für Ernährung) suggests a daily intake of approximately 3 μg Vitamin B12. This value might deviate in case of illness or other factors, which include for example: stress, pregnancy or breastfeeding. In these cases, the DGE recommends an increased intake of about 3,5 μg to 4,0 μg.

But not everyone seems satisfied with these determined requirement values. The required amount suggested by the DGE is often considered too low since absorption losses in the body must also be taken into account. A blood test provides for a measure of the current amount of Vitamin B12 in the blood. This value can be informative to determine whether the requirement of Vitamin B12 is met or whether the intake has to be increased or decreased.

Under certain circumstances, a negative result can also be related to the fact that, even though the body was supplied with enough Vitamin B12, it was all taken at once, in contrast to distributing this supply throughout the entire day. And since the body can only absorb small amounts successively, a deficiency can arise very quickly despite proper Vitamin B12 intake.

The body can only absorb 2 μg of Vitamin B12 from food per meal. Therefore, it is advised to daily take several Vitamin B12 units. Good sources of Vitamin B12 can be found almost exclusively in animal foods, which is a clear disadvantage for vegetarians and vegans in particular. There are hardly any significant Vitamin B12 sources in plant-based foods, including sauerkraut, wheat beer and the freshwater algae Chlorella.

Here, again, the question arises how much plant-based Vitamin B12 must be taken before optimally replenishing the supply. For example, considering the wheat beer, a daily intake of 15 liters would be necessary to meet the demand. Impossible. But then how do vegetarians and vegans get their recommended intake?

Whether vegetarians and vegans even begin to reach the recommended daily need for Vitamin B12, is still very controversial. The reason for this is probably that many discussions surrounding the vegan or vegetarian diet are often biased. For example, if vegetarians and vegans were to suffer from a vitamin B12 deficiency due to their diet, this can quickly act as proof for the group of carnivores who believe these diets are unnatural and harmful to health. However, a vegetarian or vegan diet is in most cases a decision made by the heart, often to respect animals and the environment. However, it is important to not be guided by our emotions in the case of a vitamin B12 deficiency. The possible consequences are not harmless and should always be known, regardless of our emotions.

Even though eggs and cheese are two potent vitamin B12 sources in the vegetarian diet, the vegan diet doesn’t seem to supply the body with many B12 resources at first glance. However, in addition to the vegan resources mentioned above (i.e. sauerkraut, wheat beer and the freshwater Chlorella algae), there are also B12-fortified foods. These include, for example, fermented soy products, meat substitutes (e.g tofu and tempeh) or yeast extracts, which give vegans many options to supply the body with the required amount of vitamin B12.

Algae, for example spirulina, were long viewed as an effective source of vitamin B12. However, after taking a closer look at the freshwater algae, it was found in research that this alleged vitamin B12 supplier presumably only contains the biologically inactive B12 variant. On top of that, some studies where patients had to consume spirulina showed a worsening of the so-called MMA values, which is a marker for vitamin B12. This occurrence could be explained by the fact the B12 analogues block the absorption of real vitamin B12 and thus reduce the overall intake.

Overall, the vegetarian and vegan diet can be considered as very healthy. A switch to a more plant-based diet is for some people with certain diseases an option that is even recommended by many health experts. Especially since common “diseases of civilization” are often associated with high meat consumption. However, the amount of required vitamin B12 should be determined beforehand and consumed with the help of suitable sources to ensure that the consequences of a vitamin B12 deficiency are absolutely avoided.

The serious consequences of a B12 deficiency: irreversible damage

If we may rely on the professional opinions of various nutrition experts, a relatively large number of people suffer from a vitamin B12 deficiency or have at least a limited supply of it. This is not necessarily due to an inadequate consumption of the vitamin. Some meat eaters are also B12 deficient patients. The reason for this is, among other things, the high consumption of industrially processed foods, which beneficially contain vitamin B12, but nevertheless damage the gastric and intestinal mucosa due to acidification in the long term.

On top of that, more and more people suffer from impaired bowel disorders, meaning that sooner or later they can no longer absorb sufficient amounts of B12 through food. Also, the causes of a B12 deficiency are more complex than one might assume and are based either on the uptake or utilization of the vitamin. The causes include:

A vitamin B12 deficiency happens gradually. B12 is stored in the liver and muscles, around 60 and 30 percent respectively, and can often supply the body for years. That is also the reason why a deficiency often goes unnoticed. After around 2 to 3 years of B12 deficiency, irreversible brain damage can occur, which can differ from person-to-person. However, in most cases, once the first symptoms of the deficiency have set in, it is already too late. Subsequent supplementation of B12 can stop further deterioration, but the previously done damage remains.

The first signs of a deficiency usually become noticeable through general symptoms of exhaustion. Here, the body is tired and susceptible to infection. A deficiency also has a quick impact on the ability to concentrate, mental clarity and memory. If these signs are not specifically counteracted, nerve disorders can develop, which are accompanied by a numbness and tingling of the hands. Next, psychological symptoms characterized by severe depression and psychoses will develop and lead to severe physical symptoms in the last stage. Anemia, paralysis, and dementia are some of the possible consequences of a long-term vitamin B12 deficiency.

Correctly dosing Vitamin B12 with UR

The human body depends on a regular supply of vitamin B12 through food in order to stay healthy. Since not only vegans and vegetarians are affected by a B12 deficiency, more and more meat eaters should also familiarize themselves with the possibility and consequences of an inadequate supply. Often, a deficiency can easily be solved through a regular B12 supply, and yet, for some people, it is difficult to find the right sources.

UR contributes to your vitamin B12 supply by providing you only with the best and most powerful superfoods. This includes the freshwater Chlorella algae, which are particularly suitable and valuable due to its relatively high vitamin B12 content. On top of that, UR is vegan and is therefore an ideal source for all different kinds of diets and people that prefer or require specific types of nutrition.

UR can easily cover your vitamin B12 needs by consuming several small servings that are distributed throughout the day. In contrast to artificially produced vitamin B12 preparations, which abruptly supply the body with B12, the body can depend on the vitamin for a longer time with UR. This is due to the fiber incorporated in UR, which allows your nutrients to stay in the gastrointestinal tract for a longer time. Therefore, vitamin B12 is made available gradually with the help of the necessary transport proteins in the small intestine.

With UR, you provide your body with 100% of the nutrients it needs to focus and perform optimally every day. Thanks to the superfoods it contains, it supplies you with all the important micro- and macronutrients, which give you your much needed energy. Not only will you feel more concentrated, you will also contribute to a nutrition-conscious, successful and sustainable lifestyle at all times. 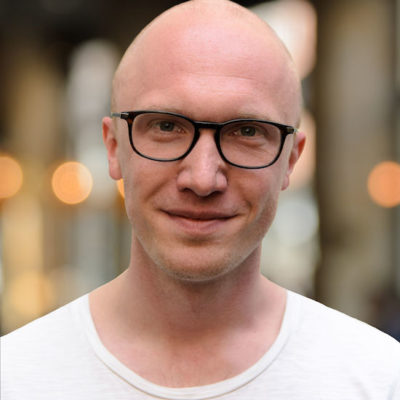 As a marketing enthusiast with a degree in psychology, Hendrik has been strengthening the Biofabriks team since 2014.
PrevLast article
Next articleNext