After five years of development, the prototype of our White Refinery, the world’s first automatic compact refinery, runs independently and delivers oil from plastic waste – locally anywhere in the world. It thus makes a significant contribution to solving the world’s waste and energy problems.

Plastic garbage to energy – someone had to do it

It was a long way: from the first idea – then in the backyards burning with plastic waste in India, Cambodia and Vietnam – until today, the day when our baby learns to walk. Originally, it was supposed to be simply a development with which the world would turn the inexhaustible amounts of pointlessly incinerated plastic waste floating in the oceans and recycled to only a fraction into a solution to its energy problems.

Our search for existing technologies took us across Europe. From paranoid inventors to windy profiteers to partially functioning prototypes. But they all had one thing in common: they didn’t have a fully thought through solution and completely exaggerated price expectations without thinking about the customer.

From our point of view, the system had to be small, inexpensive, easy to operate and clean. It should meet all German environmental requirements and thus the toughest in the world. No single existing system was able to meet these requirements. So there was only one solution for us: we had to do it ourselves.

From WASTX to White Refinery

The demands on the specially hired team of engineers, designers, programmers and electrical engineers were high: the first prototype should not exceed the size of a sea container and already meet the following requirements: 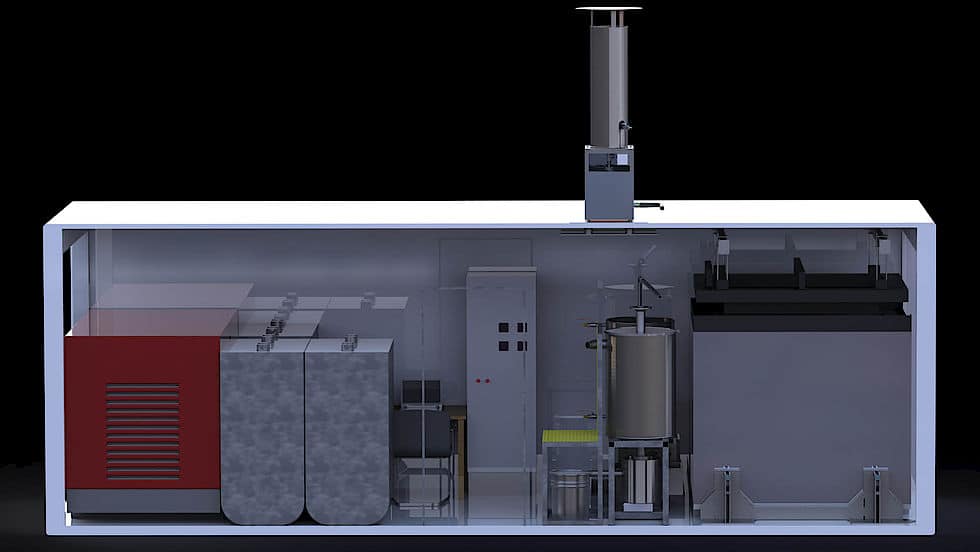 And then, three years later, in 2015, after endless setbacks, a sleepless ups and downs of hopes, disillusionment, retries, night-long tests with two hours of sleep, hanging heads and encouraging words and hundreds of thousands of euros of invested capital, it was time:

It was dripping oil from the distillation tanks. And there was a generator running that produced electricity – and a lot of it. The press became attentive and cheered, we received interested customers from all over the world, including government officials, sheiks and industrialists.

But we were not satisfied

But we hadn’t arrived at our destination yet. The energy balance was not yet good enough to operate the large reactor bulky. It took eight hours to heat up, a further eight hours for the process itself and eight hours to cool down and empty the residuals. The customers wanted to buy the system anyway, but we were not satisfied. She just wasn’t… perfect.

And so the team had to be repositioned on the drawing board. We started from scratch. If we wanted to enter the world market, it would be with the perfect product. And so it all started all over again. The fears, the ideas, the hopes and setbacks, the partial successes.

This time the plant should be apart from the above mentioned requirements above all one above all: much, much smaller and thus again clearly more inexpensive. Every village, every small town should be able to afford such a device. Plastic should be as valuable as a bottle deposit. In each shopping centre a facility, the citizens give their plastic, get money for it and the facility supplies the city with energy. This vision was round – it could create thousands of jobs worldwide and convert infinite amounts of plastic. And so it happened.

With a completely new reactor concept, we finally made it. While most available prototypes, including our first one, process in batch mode, i.e. lid open, waste in, process, lid open, waste out, back to zero, we have a continuous process. The system is able to feed itself, process and clean itself – 24 hours a day, 365 days a year – fully automatically. 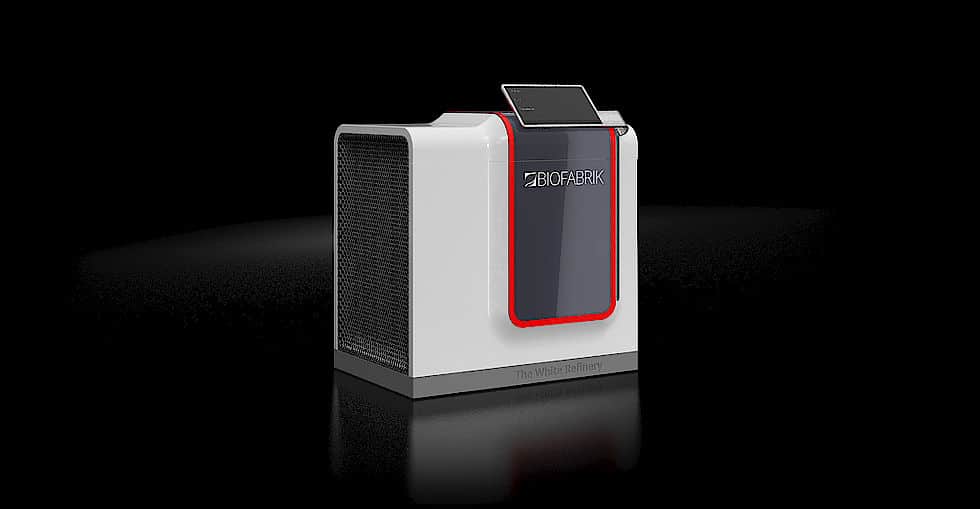 And this is the real revolution. With this completely new process, we are now creating the throughput of large-scale plants the size of a refrigerator. The detailed solutions ranging from automatic feeding to an intelligent reactor with dozens of intelligent heating zones to a discharge system capable of automatically discharging the reaction residues at several hundred degrees under exclusion of oxygen would go beyond the scope here. But they were the solution.

And so, while a few tears of joy and relief network the keyboard, we are proud to publish the first test of the complete system as successful. After 5 years, 9 months and 23 days. I can’t remember the hours. However, the investment amount is now in the seven-figure range.

And now to the last step: the endurance test

We now have the task of sending the White Refinery into the final proof of continuous operation and a target energy balance of at least 50% efficiency. It is supposed to produce 500 kilos of plastic waste a day, enough to supply a small village with energy. It will also be transferred to the final design (at the moment the prototype looks anything but presentable) and a new add-on module will be added. 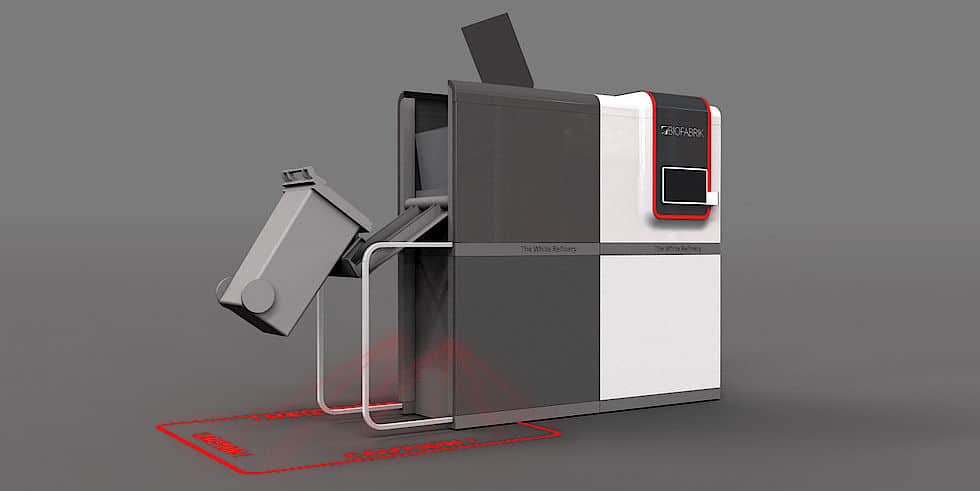 This should be able to shred even unsorted waste independently and, with the help of a completely new process, sort out those types of plastic that are suitable for our process. All others are sorted out and can be recycled. Because reused plastic is the best plastic.

The White Refinery should therefore only process those varieties into energy that can no longer be used for other purposes. With the help of this feeding module we will be able to provide municipalities, major customers and projects such as Boyen Slats Ocean Clean Up with a complete solution including waste sorting for less than 200,000 dollars. An unprecedented concept.

Keep your fingers crossed for this last step towards the world’s first production-ready compact pyrolysis! Follow here how we succeed in creating a solution that makes the world a bit cleaner and therefore better.